by Barry Schwartz and first posted on Search Engine Roundtable.

Google announced last night, as I covered in detail at Search Engine Land, that they released another update earlier this week that finished rolling out yesterday. This update restricts how many times a search results listing can show in the Google search results for most queries.

In short – Google said for most queries, they will begin only showing up to two listings per domain in the top search results. This does not meant Google will only show two listings from that domain for all search results pages but rather for queries they think is makes sense to show more diversity from different domains for a query. Branded queries may show more than two, and you get the point.

Here is where Google said they have launched this update:

Have you ever done a search and gotten many listings all from the same site in the top results? We’ve heard your feedback about this and wanting more variety. A new change now launching in Google Search is designed to provide more site diversity in our results….

562 people are talking about this

Two Results Max For Most Queries

This site diversity change means that you usually won’t see more than two listings from the same site in our top results. However, we may still show more than two in cases where our systems determine it’s especially relevant to do so for a particular search….

75 people are talking about this

Subdomains & Root Domains Are The Same

For the most part, Google will treat subdomains as part of the main root domain. So blog.domain.com would count towards domain.com being listed in the top search results. Of course, there are examples when Google won’t consider them to be part of the same domain, like some hosting platforms will use subdomains to host unique sites – and Google will consider those separate.

Site diversity will generally treat subdomains as part of a root domain. IE: listings from subdomains and the root domain will all be considered from the same single site. However, subdomains are treated as separate sites for diversity purposes when deemed relevant to do so….

57 people are talking about this

Say previously you had 3 listings from root.domain, 3 from a.root.domain and 3 from b.root.domain. We’d now generally those as all the same site and show up two in total from them all, rather than up to two per domain or subdomain (and thus six total). But….

In some cases, we may decide to treat the subdomains as their own sites, if it seems really relevant to. And none of this involves ranking. We don’t mix the domains together or anything. It’s just about the roll-up when we decide for display.

I took it as a hint towards platforms that issue subdomains to users, like http://WordPress.com  subdomains from random users. Those shouldn’t impact rankings for http://WP.com , they are totally different sites and should be treated as such.

Google said this is different and unrelated to the June 2019 core update that launched on June 3rd and was big for some sites.

Finally, the site diversity launch is separate from the June 2019 Core Update that began this week. These are two different, unconnected releases.

91 people are talking about this

Danny Sullivan said this update started rolling out two days ago and finished yesterday, so technically it overlapped with the June 2019 core update rollout. We don’t know if the June core update is done rolling out but the diversity update is and of course, this can be confusing for SEOs to properly track.

It started a little bit about two days ago but went fully live today. Personally, I wouldn’t think of it like an update, however. It’s not really about ranking. Things that ranked highly before still should. We just don’t show as many other pages.

He thinks this shouldn’t confuse SEOs:

but yet you announced it so this change will be “noticeable” and thus impact analytics and search console data, right? it would be nice if you would have held off a week to let the June update roll out more before doing this, right? feedback for the team.

We launch things almost every day. Sometimes several in a single day. This is far enough out from the core update release that any stat changes can probably be distinguished.

This effects rankings. For one: you’re awared less slots. That’s direct loss of rankings. Two: less chances to seduce is less interactions with the site. This should impact your site’s rankings. Three: less results for your site shown, means more SERP competition. Esp. on mobile.

No, it potentially affects traffic. If you had four different pages all doing the right things in terms of content and quality to reach the top page, then your ranking efforts are on the right track. And this doesn’t mean they aren’t as good. It just means we won’t show as many.

So this only impacts the ten blue listings, the core web results. It does not stop you from showing more than twice because of featured snippets, local listings, images, and other search features according to Danny Sullivan:

Replying to @MichelleRobbins and 4 others

It’s about the main listings, not various other displays on the search results.

Sounds like the diversity update will only affect regular organic results and not affect features like featured snippets, people also asks, etc.

Replying to @MichelleRobbins and 4 others

It’s about the main listings, not various other displays on the search results.

Yes. This is only about the main web search listings. It not including things like featured snippets, map listings, etc.

This is strictly related to domains and doesn’t look to see if the content is the same across different domain names. This is not a duplicate content thing…

How about searches where all of the results are different sites but all powered by the same database of products?

As said in the tweets, it’s focused around domains.

It Is Not Perfect

Google said this is not perfect and Google will make updates to it over time: 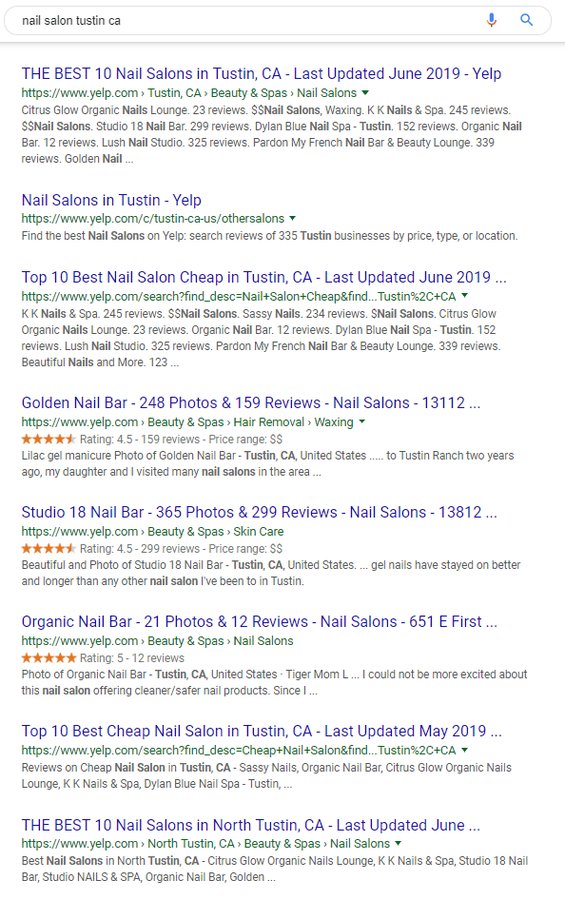 · 16h
Replying to @tomwaddington8 and 4 others

Oh, and I see one of the screenshots has some of those examples! But as said, things hopefully have improved for a variety of searches, and we’ll keep looking to improve.

Great news, though it doesn’t seem to work in some verticals, eg: jobs. See my search for a specific job in Google UK, VPN geotargeted to London. I get 4 Indeed listings for irrelevant locations to a Uk user. @JohnMu something to look into maybe? 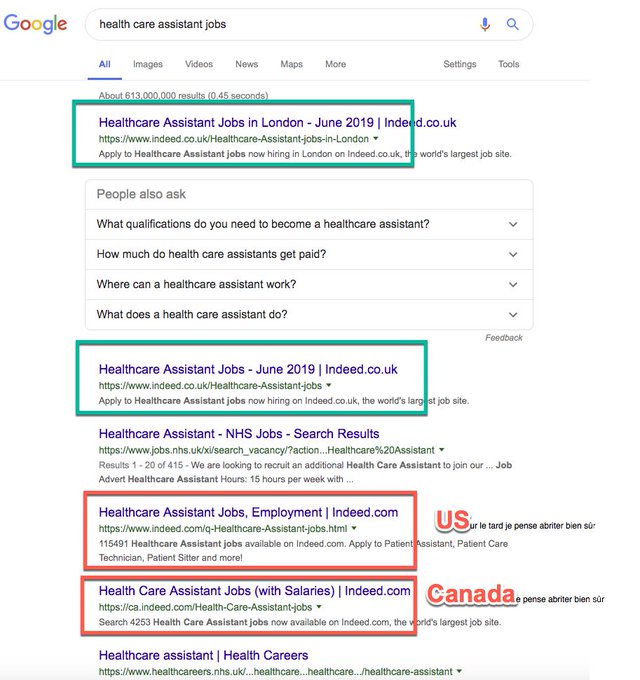 Those are completely different domains. Same company; different geo domains. But it’s a good point. I’ll pass this feedback on. We expect to keep improving on the change.

@searchliaison what do you say about this query from Romania? On first page, first 9 results are http://emag.ro , best brand from Romania.https://prnt.sc/nuvugy

We’ll be looking to improve. I’ll pass this on.

Google Has Done This Before

Google has updated their domain diversity filters or weights many many times before. We covered it before but Google has done this update countless times – most of the time not telling us.

And Gary Illyes weighs in:

More diversity in the search results (10 blue). Unrelated to core algo update.
If you lost traffic because of this, please tweet @JohnMu . If you gained traffic, feel very free to tweet at me. kthxbai

Have you ever done a search and gotten many listings all from the same site in the top results? We’ve heard your feedback about this and wanting more variety. A new change now launching in Google Search is designed to provide more site diversity in our results….

61 people are talking about this

So there you have it – that is everything we know about this specific update – which you do or don’t have to call an “update” if you don’t want it. Call it a “change” or “feature” or whatever you want.