by Barry Schwartz and originally appearing on Search Engine Roundtable.

This week Google announced that starting earlier this week, throughout the week, Google has been pushing out what it calls “biggest leap forward in the past five years, and one of the biggest leaps forward in the history of search.” That is the BERT algorithm update, which is Google’s way at better understanding one out of ten queries, in a way humans understand them.

I covered it in detail at Search Engine Land but let me sum it up in bullet point fashion for those quick readers:

(1) BERT began rolling out earlier this week and will be fully live by the end of this week. It is live for US English language queries.

(3) That means it is probably the fluctuations we saw this weekend and mid week that were related to this.

(4) BERT is a lot like RankBrain, in that it is a machine learning algorithm that aims to better understand queries and content on a page.

(6) BERT allows Google to understand queries that are more human like, queries and content that are more natural language and conversational based. BERT helps Google understand the nuances and context of words in searches and better match those queries with more relevant results.

(8) We definitely noticed changes this weekend and mid week but did it feel as big as Panda or Penguin (I know they are totally different beasts) – no, it did not. Why? I assume because SEOs can’t optimize for it 🙂 and thus it feels like towards SEOs.

(9) Google said they tested BERT in a big way and the company is seeing seeing significant benefits to using it.

(10) It does not replace RankBrain or other language algorithms, it can be used in conjunction with them.

Here are some before and after examples of BERT in action; note, these results may not be live because these screen shots were taken earlier and the search results change rapidly: 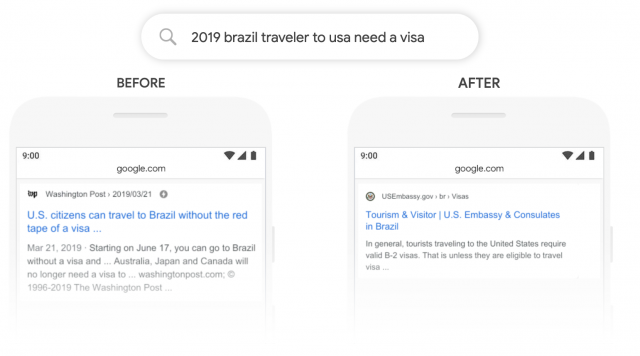 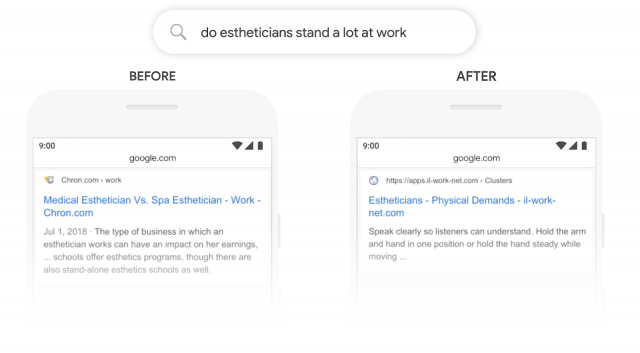 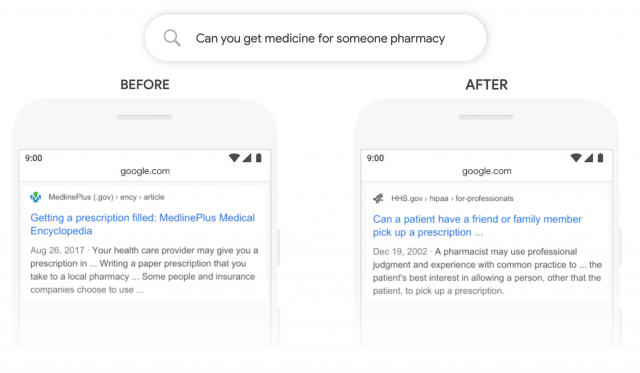 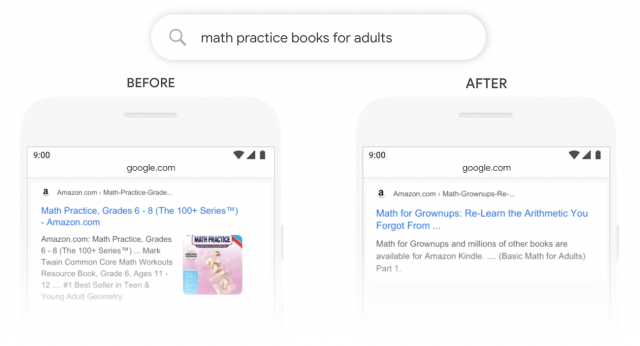 And a featured snippet example: 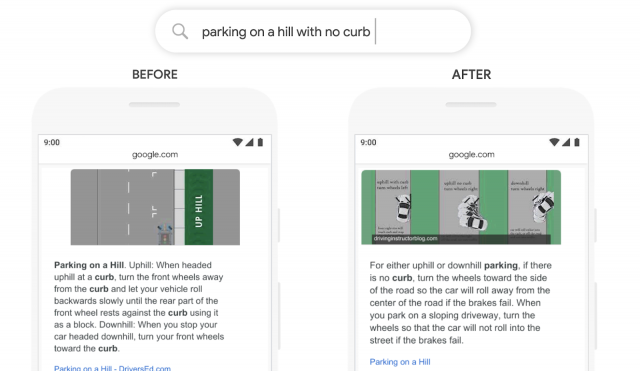 Again, the chatter and tracking tools have shown changes this weekend and mid week but again, it is not as significant as a core update or other update – at least from an SEO’s perspective – at least yet. This is based on the signals I track…

Bill Lambert character seems to be spot on when calling it a game changer and was spot on when saying when this would roll out. Even when I said the chatter isn’t huge, he stuck to his guns and said the update is going on now. Just interesting, don’t you think?

Here are some tweets:

10 ways to optimize for BERT:

Yup… but investing in good writers who know their job and, for specific topics, know their stuff… you can 😉

Unfortunately however, some copywriters don’t even have a point to make in their posts and pages. Focus for humans and search engines will understand. Vagueness is problematic for everyone / thing https://t.co/6GFsZ76Dls

Upcoming publications in the SEO community: “How to get out of BERT”

Understanding searches better than ever before @google https://t.co/0GrWsqa7Pr

So far we have very little chatter in the community and Googlers have not responded yet to BERT related questions on Twitter. I did however ask Google numerous questions via email and Google replied to all of them, to write this and my Search Engine Land article.

Google’s SearchLiaison account has tweeted it about it at 10am today:

Meet BERT, a new way for Google Search to better understand language and improve our search results. It’s now being used in the US in English, helping with one out of every 10 searches. It will come to more counties and languages in the future. pic.twitter.com/RJ4PtC16zj